Getting Started With V-Ray Global Illumination in Modo

V-Ray Global illumination models are a driving force in the industry. A little while ago, The Chaos Group released V-Ray for The Foundry’s Modo. Since then they have been posting tidbits and tutorials on how V-Ray works within Modo, and its capabilities.

closer look at Global Illumination in V-Ray for MODO.

This video shows a closer look at using Global Illumination in V-Ray for Modo. There are plenty of third party renderers out there, for pretty much any platform. For the most part, they all operate the same, keeping workflows and features consistent throughout.

You might find some small differences between versions and platforms, including specific features and production shaders.

For a complete look at Using GI in V-Ray for Modo, check out the V-Ray for MODO QuickStart – GI page found on the V-Ray Documentation site  here: http://docs.chaosgroup.com/x/GBqm 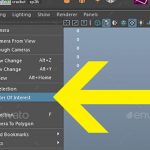 Auto Center Of Interest For Maya Sets Tumble Like a Sculpting... Previous
Glass Type Rendering in Cinema 4D Next 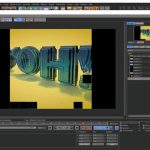