Andrew Silke is an animator who has worked on the likes of such films as Avatar, Harry Potter and Gravity, to name a tiny few. Now Andrew wants to pass on his knowledge in the form of a new site called Create 3D Characters. This new learning portal will offer courses that range the entire 3D animation pipeline, from introductory to more advanced topics. As an introduction, you can learn the value of the Graph Editor, for free.

The value of function curves shouldn’t be under estimated…

To kick off the launch of the site, Andrew Silke has posted a series for free, called, Graph Editor Fundamentals. Even if you think you have a grasp on the GE in Maya, this might still be a great review. It might also be a great opportunity to gain a deeper understanding of the graph editor and animation workflows.

Andrew noticed that schools and classes tend to gloss over the Graph Editor. This is probably due to the fact that it seems so intuitive. The graphs, however, can be a cornerstone concept for an efficient workflow, so it is important to fully understand.

Andrew has posted a special page so people can quickly learn the functionality of function curves easily. The Graph Editor isn’t a difficult tool, all the buttons make a lot of sense and aren’t difficult to learn. 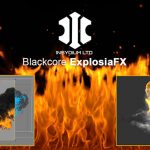 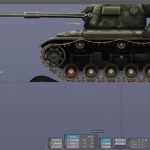 Tips for Working With the Graph Editor in Maya