The Sky System in PixelBerg has been reimagined and streamlined. Now, there is only a single input for lat-long image files. This makes for a cleaner workflow, but also improves on the quality of lighting from the sky system. The Sky System alls ads a new feature that lets you set a sky object as the “default sky”.

Standard render spot effects are now passed to the GPU. This means that rendering will be faster over previous versions when using the standard renderer. Pre 1.9 post effects were done on the GPU and took up most the rendering time now that they are on the GPU they are virtually instantaneous depending of course on the output size.

A new SuperSampling AA method makes its way into the latest release. The method will basically render the whole scene at a larger scale, filtering that output down to the render size.

With R18 is PixelBerg Still Viable?

Cinema 4D R18 added some new viewport features, that drew into question if a product like PixelBerg would even be necessary.

In fact this question was why the latest version took so long for release. After much pondering, the developer conceded that C4D’s Viewport improvements only helps PixelBerg moving forward. So in short PixelBerg’s future with your help and support looks bright and there is still lots and lots of new things to add and improve.

Visit FrostSoft for more information on the latest release for PixelBerg C4D. PixelBerg requires C4D R16 ,R17, A Windows PC or MAC, and a Graphics Card supporting at least Opengl 3.2 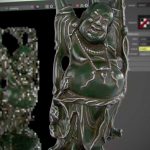 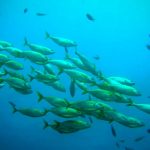 A Guide For Realtime PBR Rendering in Cinema 4D