A Preview of Zync Render Cloud for Cinema 4D

Those of you C4D people still rendering on the CPU, you might take interest in the upcoming Zync render cloud that is expanding with support for Cinema 4D. Soon Cinema 4D users can spin-up their renders to 32,000 cores.

Zync offers artists and studios the ability to render in the cloud, making it as easy as possible. Zync has plugins for 3D applications, such as for Maya and Nuke and Houdini, that takes the complexity of rendering on cloud services out of the equation. You don’t have to leave the application to render on the Zync render cloud. and for all intents and purposes, all the networking appears to the user as if it is being done locally.

Cinema 4D will be getting new support for Zync rendering services that will offer the same seamless and simple functionality to scale up renders very quickly.

Maxon has posted a demonstration of Zync Render Cloud working with Cinema 4D that was given by Product manager for the Google Cloud Platform, Todd Prives, as part of the IBC 2016 Rewind. 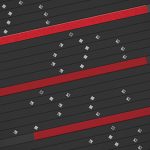 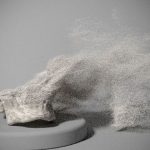 A look at Zync Cloud Rendering for Cinema 4D