Quite a bit of work has been made in “bridging the gap” between 2D motion graphics and 3D motion graphics. It’s not so much that designers want to use 3D implicitly in their work, But they do know what works. Workflow and process are key. This is why a few attempts have been made to devise a procedural animation system for After Effects. Of course the two “must-haves” would be the C4D Cloner and Effector system in the Mograph Module.

Cloners + Effectors is a procedural animation system for After Effects

A new After Effects plugin offering from Copenhagen based Crunchy hopes to bring that prized workflow to Ae. Cloners+Effectors is a new procedural animation system for Ae that lets you basically do what the name says.

Jakob Wagner the developer behind the tool long wanted to have effectors in After Effects. Being also a developer, he set out to create a proper cloner and effector system for After Effects. It did take much longer than the six months that he had planned. In the end though, Jakob created a much more substantial plugin than that he initially envisioned.

Now you can animate many layers at the same time in After Effects, with a large set of effectors and falloffs instead of manual keying. This is the workflow that has championed designers in C4D and other applications.

The procedural animation method allows you to create complex and otherwise time consuming animation in a few minutes.

The system includes 7 different types of effectors that can be used in any combination. You can gain more control over your work with familiar falloffs. In all, it looks to be a viable cloner and effector system for Ae. You can find more information on Cloners+Effectors here. 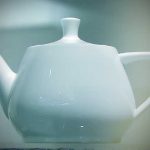 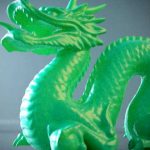