A massive update to V-Ray comes to Cinema 4D, bringing both CPU and GPU rendering and a host of other features. This has been a long awaited update to the rendering add-on, bringing all the features up to date with other V-Ray plugins.

V-Ray for C4D finally uses the V-Ray 3.4 core technology. If you have used V-Ray for C4D before, this will be a huge deal for you. The list of features that are new, are massive.

The good news is that there are a ton of new features that users can befit from and dive into right away. V-Ray 3.4’s rendering speed will be a welcome improvement for C4D users. It is much faster overall in ray tracing and rendering performance. This includes faster path tracing GI, brought by optimizations in the core.

The update of course includes the new progressive sampler that was introduced in V-Ray 3.4, including the variance based adaptive sampling and dynamic bucket splitting. It also includes the denoiser in the frame buffer and as a stand alone tool. This can greatly reduce render times by using lower sampling settings, and cleaning the renders up after the fact.

There are a few last-minute things that didn’t make it in this release, but will be coming in the next service packs. Features like the V-Ray frame buffer on MacOS, Glossy fresnel, resumable renders, VR direct output, saving deep images, support for OpenVDB and node based material editing. Also missing is updates to the IPR preview window, and adaptive lighting.

The V-Ray C4D team have posted the roadmap for additional features. This includes: 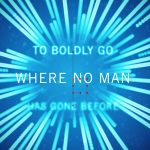 How to Set Up a UI Style Scrolling List in After Effects Previous
Don't Forget About “More Accurate” EPS Options in... Next 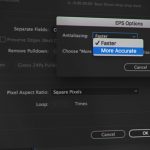 Get Better Renders by Optimizing V-Ray for Interior Scenes