Why does this make a difference? When you are animating by values, none of it will any sense in the graph editor. For example, a bouncing ball in any other animation tool will visually look like an animated path in the graph. A bouncing ball in Ae looks as if it were bouncing on the ceiling in the graph editor — Not very intuitive. Add to this complex hierarchal rigs for animating, without the ability to effectively “zero” out transformation values, and it is no wonder why there is easy to find an angry mob of animators who insist Ae’s graph is “totally like, the worst”.

You don’t have to take my word for it. Just watch Joe Clay walk through how to create one of those UI scrolling lists. The focus on the tutorial is to create a way to negate Ae’s internal coordinate system so that you can freely animate the way that is more natural. How do you zero out all the objects so that you can create and animate a scrolling list easily? Well, expressions, of course. Joe himself says, “It’s easier to watch than to explain so…”

This will set the middle of the screen to zero, the top to -540 and the bottom to +540, making the whole thing much easier to animate. 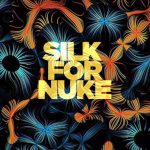 A Beginner’s Dive Creating FUI Elements With After Effects

Convert Your After Effects Animations Directly to iOS Code

Create Any Type of Measuring Ruler in Ae, With EasyRulers