Rohan Dalvi has been working his way through creating tutorials for various aspects of the RedShift Renderer for SideFX Houdini. His latest looks into working with displacements for Redshift, and a few other ancillary things to produce the final render.

When first diving into a new renderer there are things to consider for workflow, shaders, and the renderer’s other inner workings. Redshift is no different. Watch Rohan as he shows how to put together procedural displacements for Redshift.

The video also covers creating an SSS shader along with some basic color grading and other camera-control type elements in redshift. Finally, adding DOF and other in-camera effects such as a custom bokeh that will offer a nice finishing touch.

As usual, Rohan posts the scene file for the tutorial, which can be downloaded here. 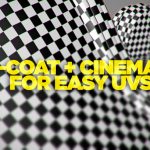 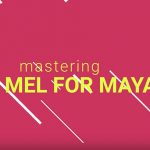 How to Instance Objects on Particles With Redshift in Houdini

How to Use MOPs to Transition Between Redshift Materials

How to Shade Houdini Pyro With Redshift

How to Create Custom Redshift AOVs in Houdini