Sticking Lines and Points to Footage in After Effects

If you have ever wondered how the popular “line and connection” thing is done on top of live footage in After Effects, there are naturally a few ways. Most all of them need tracking data to start. The lines and points can be created with an array of effects. Some of them are premium, paid effects such as Plexus, while other methods can use standard Ae effects at no extra cost.

Put lines and point in real footage in 3D[/pullqoute]

How do you connect lines and points and stick them to a moving image? Watch Motion Designer Even Abrams, the Canadian Key-framer walk through the process from front to end.

Evan starts out by using After Effects’ own 3D Camera Tracker effect for the base, and then shows how you can create the lines and points with Plexus. The process is actually quite simple, only involving 3 steps. It does use a lot of Nulls though.

Don’t have Plexus and don’t want to shell-out? Not to worry, Evan covers the same procedure again, using After Effects native tools. Thanks Evan! 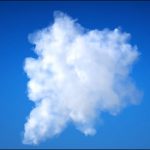 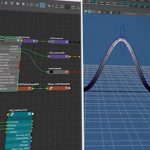 Make You Own Plexus Effect in After Effects

Plexus 3 is Coming and it Looks Awesome

Recreate the “Plexus” Look in Side FX Houdini