Uwe Schweer-Lambers is a german motion designer (otherwise known as EquiLoud) who has created some pretty far out motion pieces over the years. His style ventures on simple shapes abstracted and animated into complex forms, all using Cinema 4D.

His last piece, entitled “COTN // Children Of The Nautilus” followed this blue print, and featured an effect where a MetaBall object was animated to look as if it were being sliced — A neat effect. But how was the slide MetaBall effect created?

Instead of puzzling it out solo, EquiLoud walks through the project file explaining how it was created. There are also some nice tips along the way. The Sliced MetaBall effect used MetaBalls, the Mograph Cloner, and a Boole Object for the slicing. Interesting stuff! 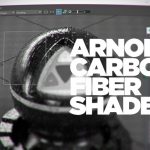 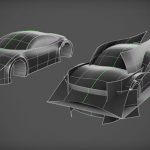 2 Ways to Cut an Object Into Segments With C4D

Using Slice4D with the Mograph Cloner in C4D

Slice an Object in All Axes in C4D, With Slice 4D

An Easy Method For Animating Slices in C4D