Creating fire, smoke and combustion effects with Houdini can eat up your simulation time. That is why it is easier to build the simulations and then increase their resolution into a final sim. The upRes process can still take a bit of time, especially on the CPU.

Motion Designer and 3D Generalist Lewis Orton shares a tip that can significantly increase upres speeds. “It looks like not many people know that Houdini’s Gas Up-Res node actually supports OpenCL acceleration, which is hidden under the surface.” Lewis says. The Up-res shelf tool creates a network of nodes needed automatically. Many of these nodes can be accelerated by the computer’s GPU.

You can turn on OpenCL acceleration for a number of nodes within the Upres node. If you watch Lewis’ comparative tests with and without OpenCL, you will find the OpenCL upres is significantly faster. Lewis suggests creating your own OTL with an extra OpenCL switch. This way it will be easier to hit the setting there, rather than the numerous nodes within the Gas Up-res. 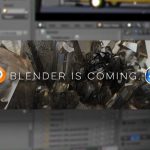 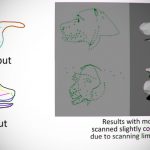 How to Bend Fire Into a Tornado With Houdini