See What Modo’s MeshFusion Looks Like as a Houdini Asset

Modo’s MeshFusion has sort of become something for other applications to aspire to, when working with booleans. Developed by the creator of Groboto, Darrel Anderson (now with The Foundry), MeshFusion was developed to be a modern and powerful workflow for modeling procedurally, carving, subtracting and adding geometry as if it were magic.

Other independent developers have been inspired by the wizardry of MeshFusion. Tools like HardMesh for Maya, and BoolTools for Blender take a stab at the boolean ease of use that was developed for Modo. There have been a couple of examples of using VDB in Houdini, which is great for animation purposes but not so great for hard-surface modeling, as it is difficult to make fillets and hard corners.

However, Fusion HDA looks to be a great modeling solution in Houdini, and elsewhere as a Houdini Digital Asset. Fusion HDA is being developed by Alexey Vanzhula, who has occasionally posted his progress.

Being a Houdini Digital Asset, you will be able to use it any place that supports the Houdini Engine. Alexey Vanzhula posted a look at the Fusion HDA working within Autodesk Maya. Alexey says that he is planning to release the HDA soon, so stay tuned. 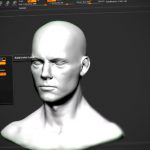 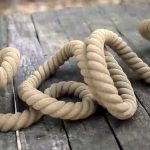 Free HDA Allows You to Cull Objects Based on Camera

6 Tips and Tricks for Working with HDAs