Pixar’s Universal Scene Description, or USD set out to define the interchange of 3D assets and data across various Digital Content Creation (DCC) tools. IT was built to provide a way to universally take material from one application to another, within a pipeline.

Animal Logic became an early adopter of Pixar’s USD and has been using it as the backbone to their animation pipeline. Over time, AL has tweaked Pixar’s USD (also open source) to leverage its best points and expand it to allow for Maya native entities such as complex rigs as references, and other assets that are not easily represented in USD.

“The plugin maintains a live connection between the USD and Maya scene, and can respond to various events, keeping the Maya and USD scenes in sync.” This way artists can swap different representations of objects in their scene that include rigs for geometry caches and various LOD’s (Levels of Detail).

Check out the Animal Logic Press Release below:

AL_USDMaya builds upon Pixar’s USD technology, which was released as open source in 2016 (see https://graphics.pixar.com/usd/docs/Open-Source-Release.html for more details). USD supports the interchange of 3D graphics data through various Digital Content Creation (DCC) tools, providing an effective and scalable solution for the complex workflows of CG film and game industry studios.

AL_USDMaya builds upon Pixar’s USD technology, which was released as open source in 2016

When Pixar confirmed early last year that it would open source USD, Animal Logic became an early adopter of the technology and decided to use it as the backbone of its new Animation Pipeline. As Maya is used extensively in the Animal Logic pipeline, it was important to have a sophisticated integration of USD into Maya. During this time, Animal Logic was developing its own common scene description format based on technology from its in-house Renderer, Glimpse and since then, the AL_USDMaya plugin has been in development within Animal Logic’s Research & Development (R&D) team.

The goal of the plugin is to leverage the strengths of both Maya and USD and use each one to represent the data that it is most suited to. Animal Logic uses AL_USDMaya to allow native Maya entities such as complex Maya Rigs loaded as references, and other assets not easily represented in USD, to be embedded in USD scenes and imported into Maya in their native form. The plugin maintains a “live” connection between the USD and Maya scene, and can respond to various events, keeping the Maya and USD scenes in sync. This affords a dynamic user experience that allows artists to swap in and out different representations of objects in their scene, including Rigs for geometry caches and different levels of detail. Additionally, heavyweight scene elements such as sets and crowds can be represented in OpenGL in the Maya viewport, and manipulated either with USD or Maya tools and UI components.

AL_USDMaya complements Pixar’s USD Maya plugin, and both can operate side by side.

“Pixar is very excited by the release of Animal Logic’s USDMaya plugin”, said Sebastian Grassia, Lead Engineer for the USD project. “This plugin offers the deepest-yet integration of USD editing into a third-party DCC, and provides well-considered layout and animation workflows that are beyond the scope of Pixar’s Maya plugins. Animal Logic’s decision to open-source the plugin is also wonderful validation of the spirit in which USD itself was open-sourced.”

Chris Vienneau, Senior Director, Autodesk said “Autodesk is fully committed to making Maya the best authoring tool for USD based pipelines and are extremely excited that Animal Logic has made their USDMaya plugin available through open source. We are looking forward to working closely with Animal Logic, Pixar and other industry partners to make a tight USD and Maya integration a reality.”

Prior to the open source release, a number of studios and vendors including Pixar, Autodesk, Luma Pictures and MPC assisted in evaluating the plugin, which is currently in use on Peter Rabbit, the Hybrid CG/Live-Action feature film currently in production at Animal Logic.

The source code will be available from Tuesday, 1 August 2017 via: https://github.com/AnimalLogic/AL_USDMaya

Animal Logic’s R&D team will conduct a short presentation at Siggraph at the “Open Source at Pixar: USD and OpenSubdiv ” Exhibitor Session in Los Angeles on Tuesday, 1st August at 4pm. 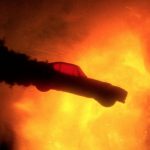 Create a More Realistic Fire Glow in Nuke with 3 Easy... Previous
Easy Treez for Maya Lets You Design Trees Based On Volume Next

How to Rig a Character in Maya Using Rigger

Check Out 3Gen, a New Plants Generator for Maya in Development