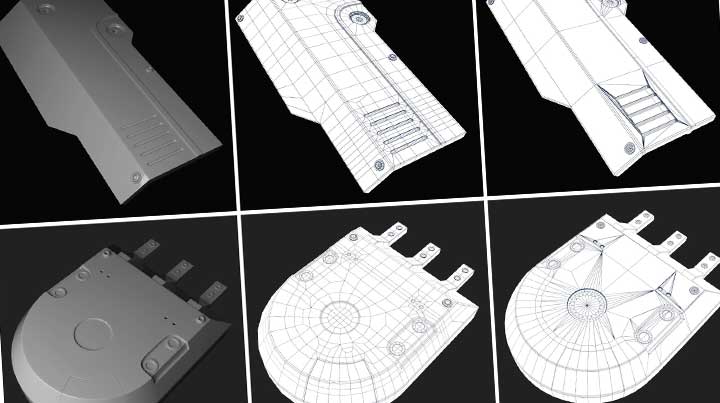 Ever Wonder What The Differences Are Between a Concept and Production Mesh? Small details can change based on needs, but there are clearly a base set of rules for creating production topology. Trying to conform the mesh to using quads, strengthen edges, limiting poles, banishing n-gons and reducing poles have long been the hard and fast rules for any type of modeling, organic and hard surface modeling inclusive.

The biggest difference between a concept and proaction mesh is how clean the production mesh is and how fast the concept mesh is.

What does that look like though? If you are like me, you can glean more from an image than from the words. Looking at the wires from a production model can speak volumes about context, process and certainly answer a lot of questions.

Andrew Hodgson is a Hard Surface Modeler at ILM who has put together a quick visual guide that shows and contrasts the differences between the topology of sick concept models and production ready meshes.

“I received a lot of questions asking what i would do differently and why it matters.” Andrew says. “So i took a few pieces of my aircraft and rebuilt them to illustrate the difference between a concept mesh and a sub-d production mesh (for film).”

Making a usable production ready mesh might be seen as tedium by some, but there is something completely satisfying to bringing measured order to a model’s wires. Visit Andrew Hodgson’s ArtStation page to see more. 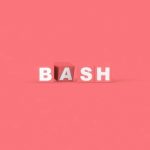 Bash Previous
Use Video to Drive Fluid Simulations in Houdini Next 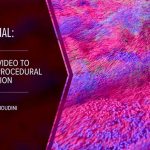 Booleans and Soft Selections for Hard Surface Modeling in Maya

Streamline Your Hard Surface Modeling With the GetBent Script for Maya