Fake Cloth Animation in After Effects With a Simple Expression

Animator and Filmmaker Daniel Gies shows his method for rigging up a fake cloth animation or a secondary motion system in After Effects.

Animating characters can often mean animating more than just characters. Sometimes you also need to worry about the character’s clothes, hair, or other secondary animation. If you ware working in After Effects, there is actually an easy way to deal with this. Many other animation systems will either use a dynamic system, soft body system, or a combination of both for a low-maintenance rig. This can be an expensive proposal in After Effects that may end up in a rig that is not very responsive.

This is why Daniel calls his technique “fake”. It doesn’t use any simulations, only a simple expression that looks at relevant elements and mimics the motion with a delay. A few of these in a row, and it can look like the secondary motion or followthrough that you would get with cloth animation, or other soft-formed object.

“The initial script was shown to me by Colin Harvie from our Twitch community and refined by Spun_Rita, Swifty604 and Pchelovik” Gies adds. Daniel often does some live streaming of After Effects animation and rigging techniques on Twitch. Check out future streams here. 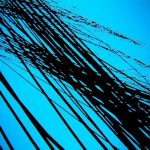 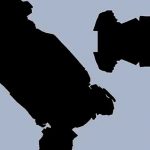