Ukramedia’s Sergei Prokhnevskiy runs through how to create a hover-over effect in After Effects, using expressions to make elements react with a no-keyframes setup.

How To Create a Hover-Over Effect in After Effects

If you are ever tasked to animate interfaces in After Effects, you know that keying all the elements is not a great way to go. Even when working on something as simple as a screen replacement VFX shot. There are a lot of little things that happen when interacting with elements on a screen. Creating an automated setup seems like the best route.

Prokhnevskiy uses some simple expressions in After Effects that work based on the distance of another layer. This way, when one layer comes closer to another element in the scene, you can set that element to react somehow. With interface elements, this can be a rollover effect like a scale, in addition to a color change.

The technique shown here by Prokhnevskiy is kind of similar to another quick tip that showed how to trigger animation using markers in After Effects. Both use expressions to make something happen under certain conditions. 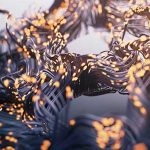 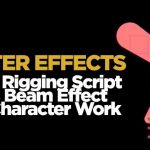 Check Out This After Effects Expressions Cheat Sheet