Animate Growing Frost on Anything With X-Particles Branching

Watch Daniel Danielsson ls he walks through the sept to create automatic frost formation in Cinema 4D using X-Particles and its Branching modifier.

In colder climates frost up close is a delicate and intricate pattern. Timelapse displays a fantastic growth effect when frost takes over to cover flat surfaces and objects. Frost comes in many forms depending on where and how it is forming. Window frost, Hoarfrost, Surface Hoar, and Rime Formations, or Hard Rime all look different but can easily be described using the same Branching algorithms without too much change.

Danielsson also covers rendering with two drastically different renderers, showing both a Solid Angle Arnold setup as well as a Standard Renderer affair. “The beauty of this technique is that it works on pretty much any object. From Bunnies to Buddhas.” Danielsson says. It’s a significant effect that is made easy by X-Particles Branching modifier. 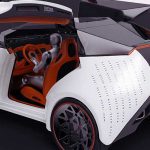 How to Approach Modeling Headlights in 3D-Coat Previous
Maya Users: How to Get Started With Blender Next 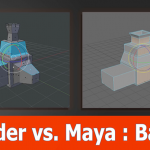