RenderGarden: Have AE Use All Cores for Rendering

Are you tired of slow render times in After Effects? Even if you don’t have a multiple-machine render solution, it seems that Ae isn’t too good about using all of your computer cores to render out a final product. After Effects has settings for multi-core rendering, and there is also the famed BG Render that can help you save some time. What if there was a tool that was simple to use, and made sure that you were rendering at your best no matter if it were s single machine or more? There is one! It’s new from Mekajiki, and it’s called RenderGarden.

The name for the AE render tool is quite purposeful. Setting up a multi-machine render-farm can be challenging to do and difficult to manage. Most of all, it takes time. RenderGarden isn’t entirely for large farms, think smaller – Gardens!

“RenderGarden was born from a recent multi-user After Effects project at Swordfish, our sister company that does design and production. The team was working off-site in 6K and did not have access to our internal render farm. With the large file sizes, we quickly hit a bottleneck,” said Matt Silverman, CEO at Mekajiki. “Setting up a render farm was not quick or in the budget. Our team repurposed some custom code we wrote for our render set up. The result was a simplified distributed rendering tool for After Effects. After putting it through the paces, we have fine-tuned RenderGarden into a formidable workhorse and we’re excited to share it with the rest of the After Effects community via Toolfarm!”

RenderGarden splits your project into segments (which are called seeds) and then renders those sections to multiple command line windows (which the tool calls gardeners). This way you can maximize CPU cores on a single computer, or across multiple machines over network rendering.

The proof is in the render times, and RenderGarden shows significantly faster render times, up to 3x quicker according to ToolFarm. A project that took 50 minutes and 32 seconds to render, slashed to only 15 minutes and 2 seconds on the same machine.

RenderGarden includes an After Effects script for submitting renders, and a Gardener application that will automatically pick up files and render them using the background. If you are using multiple computers as render nodes, you can just install the Gardener application. There are no extra fees per render node.

RenderGarden is available immediately from Toolfarm at an MSRP of around $99. You can download a Free 7-Day Trial Here. 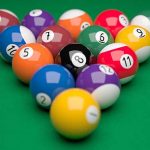