I can’t count the number of times that I expected Maya’s similar selection’s command to highlight similar objects in the scene, and it let me down. How great would it be to choose just one screw and have select similar select all the ones that you have placed? Sadly, Select Similar works much better on a component level and not an object one.

There is a tool that can help though, and it’s from Concept Designer Klaudio Ladavac. His selection script lets you select the same components, but also similar objects in the scene. “It could be used in multiple ways for modeling, and look-dev workflows like the easier use of Maya Replace Objects tool or quick shader assignments,” Klaudio says. “Select Similar – is simple modeling script for Autodesk Maya which builds upon already existing Maya’s similar tool.”

Klaudio runs through how to install and use the script, which all look handy to have. You can download the free script here. 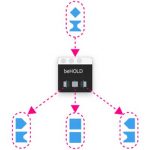 Add a Proper Hold to After Effects Keys With This Free... Previous
A Technique for Creating Wheel Wells in 3D-Coat Next 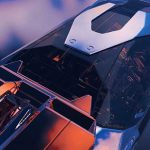 Free Maya Script Adds Motion Blur to Anything in VP2