J Cube Inc. unveils a new Multiverse Studio 5 in partnership with The Foundry. The latest version of the high-performance interchange framework for Autodesk Maya and Katana, adds some new features, and also introduces a new pricing structure through subscriptions, including indie licenses.

New to Multiverse Studio is a look outliner that gives users the ability to expand hierarchies quickly and perform complex searches. New hierarchical selection lets you select packed geometry without unpacking it both in the VP2 and in the brand-new Multiverse Panel.

Hierarchical Selection — Allows selecting any hierarchy item of a packed geometry without unpacking it both in the VP2 and in the new Multiverse Panel UI.

Hierarchical Assignments — It is now possible to assign materials/displacements and attributes to any hierarchy item of a packed geometry without unpacking it.

Alembic and USD Sequences — Allows writing & reading in Maya® sequences of Alembic or USD less as “ le-per-frame” (rather than as a single, and potentially very large, le). File-per-frame sequences can also be written by Houdini 16.5.

Playback Caching — Largely improved playback performance of packed geometry thanks to a new parallel architecture and a dry-run playback cache.

New Draw Modes — “Bounding boxes” and “Point cloud” modes are fast and efficiently draw modes for packed geometry, respectively drawing as a bounding box or as a point cloud for each hierarchy item.

Rich Shading in VP2 — Shading and texturing in VP2 according to material assignment to hierarchy items. Shading is enabled for all data: poly mesh, curves, and points.

“Thanks to a new convenient subscription pricing, including one for “indie” users, Multiverse is now accessible to a much wider audience,” Durante says. 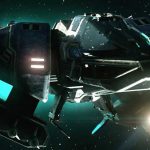 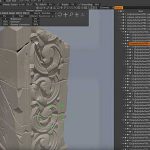