In Maya, the strength of a deformer’s influence can be controlled globally using an Envelope Weight. Painting weights can also provide some control locally on the surface of the object. Why not drive Deformer Weights dynamically? That’s what Brave Rabbit thought. The result is a new Weights Server Node.

Check out the teaser that shows how you can dynamically control Deformer Weights based on interaction in the scene. The node lets you change the scale and radius of the effect and also adjust the falloff. Influences can be driving by transforms or curves, and textures can also control deformer weights.

Brave Rabbit is the developer behind the SHAPES plugin for Maya that offers a complete and robust blend shape authoring toolset.
The Weights Server Node is something that we can expect in the new SHAPES 5 release that will be available soon. Looks great! 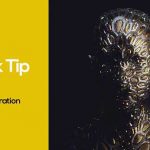 How Nidia Dias Made Her "Face Exploration" Series With... Previous
Create a Particle Flow on a Surface With Cinema 4D Next 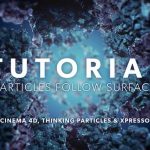