How to Find the Perfect Placement for Pole Vector Controls

Ever set up a pole vector constraint to a knee or an elbow of a character and have the joint pop out of place? We all have. Ther is a way to find the proper place for that controller before you set up the connections, it might involve some math though.

Technical Director/Animator Meghdad Asadi has another way, one that is easier to see the underlying process of what is happening. “I came up with the idea a few years ago and used it since then for a character I’m rigging,” Meghdad says. “It’s way easier to understand and see the process, especially for those who don’t know math.”

Meghdad walks through the technique in a short 12-minute video. It’s perfect for putting the Aim Controller for the Leg IK or Hand IK setups, using the plane created by any given three joints in 3D space. 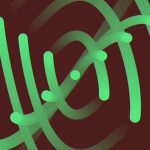 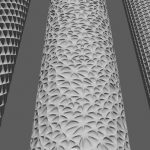 How to Apply Vector Math in Maya for Pole Vector Control

Better Managing Pole Vectors on an IK Chain in Maya

Creating a 360 Degree Twist Extractor in Maya, With Nodes