If you are a Side Effects Houdini user, you likely follow Rohan Dalvi. You may have also seen his sneak previews that show off some of the stunning and detailed ornamental structures designed with Houdini. Since then, Rohan has packaged a new tutorial/training series that looks at creating decorative designs with the procedural DCC.

The training package covers using a variety of procedural methods for creating decorative patterns and designs in Houdini. The topics include working with standard procedural modeling techniques, L-Systems and Voronoi Fracture as tools to generate unique patterns.

Need visual reference for ornament and patterns? A great resource that I find myself referring back to quite often, is the hardcover Ornament, 8000 Years: An Illustrated Handbook of Motifs — It’s amazing. 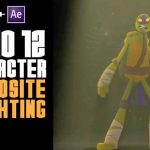 Compositing and Lighting Moho Characters in Ae Previous
How to Create an Invisible Selection Box for Your Maya... Next 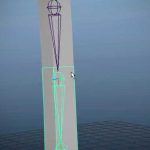