Bob Walmsley Shows How to Recreate a Particle Growth System from the X-Particles Reel.

Insydium’s product reel often contains dazzling if not mind-blowing visuals. One scene that uses a procedural growth system that uses X-Particles is a particularly striking animation. If you’ve ever wondered how something like that is built out, have a look at Bob Walmsley’s tutorial that breaks down the process.

Walmsley shows how to use X-particles’ Cellular Automata Generator to create the particle growth system. The tutorial covers implementing particle data mapping as a method to control the scale of the particles dynamically. Ultimately the X-Particles system gets integrated with a Cinema 4D Mograph system. Insydium’s xpExplosiaFX smoke and dust system get tasked with creating a simulation that will advect dust particles in the scene. So many great things in this tutorial.

X-Particles is the ultimate particle and effects tool for Cinema 4D. Visit our friends at ToolFarm to learn more and get X-Particles for $698.25. 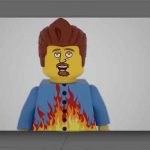 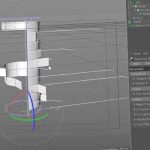 Adding Smoke and Dust to a Destruction Simulation in Cinema 4D