Ukramedia Shows How to Pop Elements into a Scene With Layer Visibility Using Sound and Expressions.

What looks like fast and precise cutting doesn’t necessarily mean creating lots of tedious cuts. If you are working with Adobe After Effects, expressions to control layer visibility based on the beats of an audio clip. Ukramedia’s co-founder, Sergei Prokhnevskiy shows how to do this, with a tutorial that looks at the techniques.

It starts by converting the audio clip into keyframes and building a simple beat counter using expressions. The tutorial uses Dan Ebbert’s Audio Count expression as a base rather than making one from scratch. You can also get the project file for this tutorial here.

It is worthwhile to note that Ukramedia has a course that can teach you After Effects Expressions from the ground up. 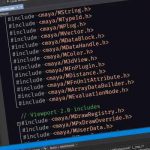 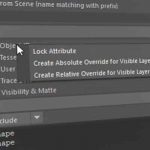