How to Bake a Seamless Equirectangular Dot Pattern in C4D

Something as simple as placing dots on a sphere can become near impossible in 3D. Texture stretching from UV’s could ruin the effect, giving you ovals in places instead of the dots you need. Pulling will be nor more apparent than in the pole areas of the sphere where all the points converge. If you use Cinema 4D, then Shishkov Dima has an interesting technique that uses geometry, proximal and baking to create a perfect, seamless equirectangular dot pattern.

The technique uses a cloner to scatter smaller spheres across the surface of a larger one. Then applying a proximal effect to the luminance channel will affect the texture where the spheres touch. You can then bake the result to a file, giving you a perfect equirectangular dot pattern that you can then use as an image texture. Neat! 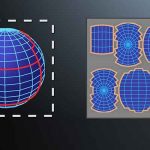 How to Create Selections Faster in Maya With Selection... Previous
Professional Contract Tools for Motion Designers and... Next 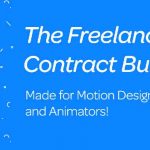