Sergei Prokhnevskiy Walks Us Through Creating a Simple Lower Thirds Animation in After Effects.

Ukramedia’s Sergei Prokhnevskiy demonstrates his approach and process for creating simple animated lower thirds in After Effects. Even though the tutorial deems the project simple, that doesn’t mean that there isn’t a shortage of great tips within, because there is.

Keyframes handle the majority of the work in a break from Prokhnevskiy’s usual tutorials and courses which all rely heavily on them. Well in truth there is a tiny bit of expressions that handle some of the functionality of Ukramedia’s SmartRekt script for After Effects. If you don’t have or want to purchase the script, then you are destined for a few expressions to get the lower thirds going.

SmartREKT is a simple Rectangle Tool for After Effects that builds a Shape Layer that has some advanced options for easy control. 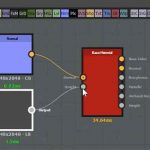 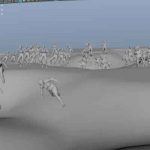 Create a Simple, Easily Controlled Lower Third in After Effects