Getting Started With Pixar RenderMan in Maya

Peter Aversten Helps Us to Get Started Working With Pixar RenderMan in Autodesk Maya.

A new tutorial series from MeshMen Studios’ Peter Aversten takes on the basics or working with Pixar RenderMan. The first in the series looks into the interface, shelf, and menus. It also looks at using the PXRsurface shader and RenderMan lights.

RenderMan is Pixar’s main production tool labeled as the world’s most versatile renderer. Aversten has used RenderMan since early 2000. “I have personally used Renderman since early 2000 and trust it to realize my visual needs in film-making,” he says. Not too long ago Pixar changed RenderMan from using Reyes (Render Everything You Ever Saw) to RIS rendering. “this course will cover all the new features as well as Renderman 22 when it is released. If you are trying to break into the VFX industry, this is the course you should subscribe to” Aversten says.

One significant benefit to RenderMan is that there is a free non-commercial version available to download and use. 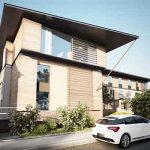 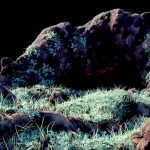 How to Render Paint Effects With RenderMan

Model and Render a Light Bulb With Zbrush and RenderMan

Working With RenderMan in Blender