An Easy Way to Make a Warp Speed Effect in Ae

Evan Abrams Shows a Simple Method to Create a Cartoon Warp Speed Effect in After Effects.

After Effects native plugins can come together to create some more complex effects. Some of the inherent effects may not make sense for specific tasks, but they do work. Take the case for building a cartoon warp speed effect in Ae. Evan Abrams’ latest tutorial walks us through creating the result using the old standby Radial Blur.

There are likely a few ways to create the elongated streaks that are associated with a warp speed effect, Evan’s use of radial blur may not immediately come to mind, but it does work well when paired with a matte choker to negate the blur and promote crisp edges. Evan also shows how you can create a manual control for the warp effect making it preset-ready. 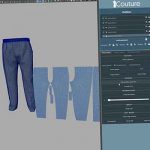 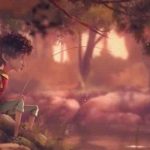