Animate a Multi-Line Chart With After Effects

Noble Kreative Shows How to Create a Multi-Line Chart Element in After Effects Without Third Party Tools.

Najib Khayati (Noble Kreative’s) motion graphics tutorial series in After Effects has another installment. The latest takes a look into creating a multi-line chart in After Effects, without using any third party tools or plugins. The result is useful for animating and deciphering actual data using After Effects, or if you want to create a futuristic heads-up display element.

Previously, Khayati showed how to create a multi-layer pie chart in After Effects. That tutorial also made use of Ae’s native toolset. The AE team placed a focus on data-driven animation features in the last few After Effects releases. Users are opting to create animations using live data collected from a variety of data sources, that can drive the animations in a composition. Live-data workflows include working with input formats such as JSON, MGJSON, CVS, and TSV. This Noble Kreative tutorial doesn’t go that far, but if you want to learn more about using live-data with After Effects, Ukramedia is currently covering all that. 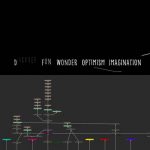 Breaking Down a Hand Drawn Mograph Animation in Fusion Previous
VFXstudy Offers Fusion 9 Course - Your Journey from Novice... Next 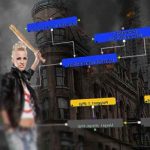 How to Create a 3D Multi-Layered Pie Chart in Ae

Create a Dynamic Line Graph Effect in After Effects