An Easy Way to Create the Cel Animated Look in Ae

Rachouan Rejeb Shares His Technique for Getting the Cel Animated Look Out of Adobe After Effects.

Multidisciplinary designer and developer based in Belgium, Rachouan Rejeb shares his favorite way to get that hand animated look, or that cel animated look in After Effects using a few simple techniques to make it come together. “One of my favorite forms of motion design is Traditional Animation (Cel Animation)” Rachouan says. “Its the first form of animation, a few pictures that a played right after each other can create an animation. And this is the form of animation I started in.”

Rachouan shows a few things that you can do with native After Effects tools that can help sell that handcrafted cel animation look. Explaining the process on a simple bouncing ball animation, Rachouan uses a Turbulent Displace effect to jitter the shape in every frame and then drops the frame rate to 12 frames per second. Simple but effective! 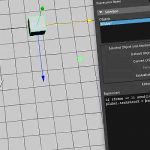 How to Generate Random Numbers Working With Maya Expressions Previous
How to Animate a Fake 3D Spin Using Only Shape Layers... Next 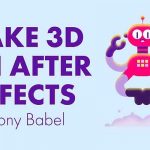 Giving Paint Strokes That Hand Animated Look in After Effects