Tony Babel Shows How to Make a Fake 3D Look Using Only Shape Layers in After Effects.

2D character animation is okay in After Effects until you need the character to turn. Even a 3/4 turn adds so much more work to the rigging process. What is interesting is that you can quickly create fake 3D in Ae without using anything special. You don’t need any 3D plugins, or 3D party scripts, you only need shape layers and ingenuity.

A great example of this lies in Tony Babel’s latest tutorial that shows how to create a fake 3D spin. It’s not just a slight turn either; it’s a full-on 360 rotation. Babel posts the Adobe Illustrator asset used in the tutorial so you can download and follow along. You can even download the final animation in an After Effects file too.

This latest is Babel’s second tutorial. If you missed the first, it was a look at how to create a walk cycle in After Effects, without any plugins at all. 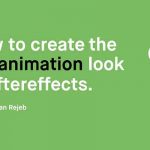 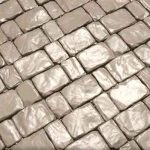