How to Animate Liquid in a Glass With After Effects

Owen Chikazawa Shows a Simple Way to Animate Liquid in a Glass With Ae.

Some 2dD animation looks like it is more involved to set up than it is. One of those things is how to animate liquid in a glass, sloshing around. It just doesn’t have to be that complicated. Watch this new tutorial from Motion Array’s Owen Chikazawa who shows how to create the effect using Ae’s own Wave Warp Effect.

Adding some keyframes to the Wave Warp Effect offers a nice look to the liquid in the glass. Duplicating the layers gives some depth to the contents of the glass. This trick is a quick one to animate any liquid.

If you are looking for a more hand-animated look, a tutorial from CreativMotion showed how to create a hand-drawn water splash using Photoshop, later importing the frames in After Effects to create the frame-by-frame animated look. 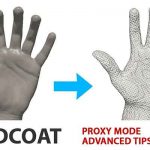 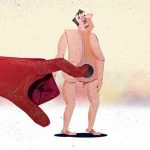