Marui’s BlenderXR is an Open Source Project That Will Bring VR Modeling and sculpting to Blender.

A new and recent initiative by Japanese XR company MARUI will see an XR interface for Blender. The goal of the BlenderXR project is to have Blender take advantage of working in VR. The project is set to focus on modeling, sculpting and grease pencil.

MARUI-PlugIn Inc. is the creators of VR plugins that bridge DCC’s with VR headsets to create real-time workflows based in virtual reality. The MARUI plugin for Maya lets you use VR hardware like the Oculus Rift to model and work in Autodesk Maya. Back in September, the company released a beta of BlenderXR which showed some promising was to work in Blender using VR.

Osaka, Japan: Today, MARUI-PlugIn Inc., a Japanese XR company specializing in developing VR/AR interfaces for 3d design software, announced that they started intensive developments on the “BlenderXR” project, an open source project initiated by the company back in September. After releasing the beta version of BlenderXR, they implemented a poll to decide the focus of their first intensive development sprint. The “Modeling” category, among others such as “Sculpting” and “Grease Pencil”, was selected as the winner with over 200 votes.

Of the Blender project, MARUI-PlugIn CEO Max said, “XR user interfaces are the next logical step for 3D design work. Imagine seeing your work right there in front of you while you’re working on it. We’re happy we can allow artists to continue to use their favorite 3D software with these new technologies that are beginning to revolutionize creative workflows. But so far, only Maya users were able to experience the advantages of working in VR. With BlenderXR we can offer this new way of creating 3DCG to everyone for free.”

To support the resources needed for development, MARUI-PlugIn has launched a Kickstarter project with the following details.

MARUI-Plugin Inc. is an XR software company based in Osaka, Japan. Founded in 2016, their main software “MARUI 3”, a VR/AR plugin software for Autodesk Maya, has helped many companies and artists improving production in the game, animation, VFX, and automotive industry. 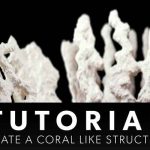 Grow Coral Structures in C4D With R20 Volumes Previous
How to Create a Camera Distortion Shader for Redshift... Next 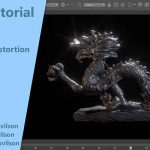