Creating Sine Waves in After Effects With Expressions

Noble Kreative Shows How to Draw Various Sine Waves in After EFfects With a Little Math and Expressions.

In After Effects the sin expression is excellent for creating motion with oscillation and the like. You can also use them to draw out and visualize actual sine waves. Noble Kreative’s Najib Khayati shows how you can draw different sine waves and animate them using Ae’s expression engine and a bit of maths.

The tutorial covers creating waves with amplitude modulations, cosecant graphs, and how to clip a wave for a different look. “After Effects Expressions are very useful and challenging, but most of them involve a little math and physics to create some Physical simulations” Najib notes. “one of the most interesting expression is Math.sin() or Math.cos() which we are going to explain in this tutorial to draw different sine waves”.

Don’t be scared off by the math; fun waves are ahead! 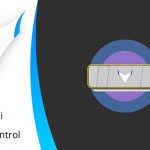 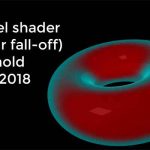