What’s the Difference Between IK and FK?

Ace5 Studios Covers the Differences Between IK and FK for Both Legs and Arms in Cinema 4D.

If you are just getting started with 3D characters, things can be a little daunting. Just the terminology alone is enough to deter new users from getting into the processes involved. One of the things that can confound users is the difference between IK and FK. If you have been around 3D for a while, I’m sure you have heard those terms kicked around. IK/FK stand for Inverse Kinematic and Forward Kinematics, but what exactly do those terms mean.

Check out this short 15-minute tutorial from Ace5 Studios’ Aleksey Voznesenski who covers those differences with a character inside of Cinema 4D. Both FK and IK are integral elements of all character rigs, regardless of what type and what application.

“In this tutorial, I go over the difference between forward and inverse kinematics on both legs and arms. I use cinema4D, but the theory is applicable everywhere,” Aleksey says. 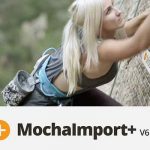 How to Create an IK-FK Switch in Cinema 4D

Understanding the Importance of Up Vectors in C4D