Modeling and animation typically live in a place with manageable polygons. However, if you have objects that are high in polygon count, you have some options for editing them. With Lattice Deformers, Cage deformers, sculpting tools, and others, you can hammer the object into the shape that you need. Now there is a new type of option from Nitro 4D. The Nitro Edge Deformer tool lets you create a wire deformer on the surface of an object by selecting an edge. You can then edit the points of the deformer to affect the underlying mesh.

Nitro Edge Deformer Tool lets you adjust the number of points in the spline, making it easy to manipulate the shape underneath. Think of it as a lightweight lattice that only has one edge. The power of the new tool comes from selecting edge rings from your original shape. Using the edge deformer tool like this makes short work of sculpting the forms you need.

Visit Nitro4D to learn more about the NitroEdgeDeformer tool here. 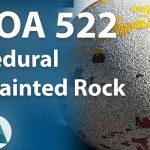 How to Break Up Noise in Arnold to Create a Paint Chip... Previous
How to Create a Grass Field With MASH and Arnold Next 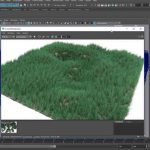 Check Out NoiseScape a Displacement Tool for C4D

Check Out Divider, a Free C4D Plugin for Procedural Divisions