Using Nulls and Expressions to Drive Animation in Ae

Never underestimate the power of parenting in animation. No one should be placing keyframes on any object at any time. Instead, animation should come from control objects, and with the case of After Effects, that usually means nulls. Having controls parsed out across a few nulls and the right hierarchy can make your animating tasks much easier in the long run.

Evan Abrams sort of shows this concept with his latest tutorial. While creating a self-building snowperson animation, Evan makes use of nulls to facilitate some of the animations.

The rest of the animation, things like rolling, are handled by some expressions that will automatically rotate an object based on its size. Ae expressions are a great way to do this type of thing, because attempting it with keyframes might leave you with an object that slips and slides on the floor, and no one wants that. 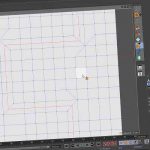 How to Route Edges in C4D to Get Nice Quad Topology Previous
New Plugin Takes Automatic Snapshots of Maya Perspective... Next 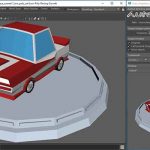