Animating Falling Leaves in After Effects

Evan Abrams Shows How to Animate and Loop Falling Leaves Without the Need for Any Specialized Tools in After Effects.

Evan shows how to put together the scene with a bit of forethought, using nested compositions to logically layout the looping effect so that many leaves can drop in the animation from a single source. The puppet pin tools in After Effects take care of deforming the leave against its motion path. After Effects recently received an update to the puppet tools making them more flexible and easier to work with, especially with character rigging. Pins are an easy way to deform all kinds of shapes in Ae. 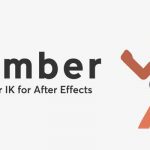 Limber updates with foreshortening, new blending tools,... Previous
The Basics of Working With Javascript in Ae Next 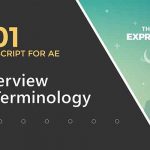