After Effects IK rigging newcomer Limber has been updated, introducing more control over shape-layer arms and legs than ever before. The new version is a free update for existing users.

With independent length controls for each half of a limb, you can dial down the length of a forearm as you animate the hand, creating the illusion of foreshortening and making difficult pose changes much more manageable.

The vector IK tool for Ae now lets you keyframe the direction of the knee or elbow of a limb (clockwise vs. anti-clockwise) and offers a handy slider instead of just being an on-off switch. Hands and feet can have their rotation animated between being relative to the limb, and relative to the frame (e.g., flat on a ground plane).

Combined with a unique FK blending and customization options, it all adds up to an excellent tool for After Effects animators looking for the next level of control over their characters.

Both the script code and the User Guide have been re-written from the ground up to be leaner, faster and easier to learn and use. It’s fully compatible with AE CC2019’s new expression engine, increasing responsiveness and render times by up to 200%.

Limber is made by Steve Kirby and Mike Overbeck and is available at aescripts.com. 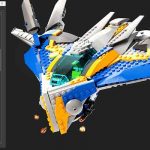 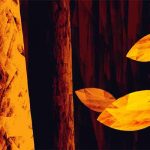