Cloth, flags in the wind, ribbons, tails, and hair. Animating all those things takes some discipline in traditional or computer-assisted animation. If you work with After Effects, there is some good news. Anthony Possobon has the process down to a script and it is free to use. Anthony’s hair rig script works with puppet pins in After Effects and places the classic animated and “offset” wave principle making animating hair and other elements much faster than doing it by hand.

The script uses a sine wave to animate the puppet pins in After Effects and automatically offsets them while offering some controls for editing the resulting animation. It’s an easy way to create the animated wave principle. Anthony walks through how he uses the script for hair, demonstrating the techniques used on his example animation “Messy” (Original Artwork by Ilya Kuvshino). 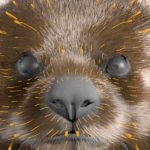 Getting a Proper Groom From Start to Finish with Xgen Previous
Need to create realistic water? Ocean for After Effects... Next 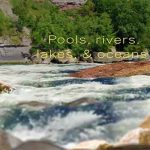