How to Create Contour Lines from a Heightfield in Houdini

There is a way to describe height on a 2D surface. It’s called a Topographic map and it uses contour lines to describe the relief of a surface. Working in SideFX Houdini, Pedro Alpiarça dos Santos shows how you can create contour lines from a height field that uses the Trace SOP to take data from the patch of the terrain.

The contour lines will slice the terrain to get height values and place them on a 2D plane, working with a mix of SOP and compositing operators in Houdini. Pedro is in the 3D Animation Pipeline game working in the field since 2013. He calls himself an inventor and problem solver that loves to bring animation to life using code. 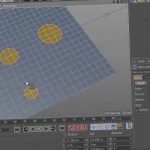 New NitroCycle Lets You Circularize Any Selection in... Previous
Pins and Boxes Brings Easy Dynamic Layouts to After Effects Next 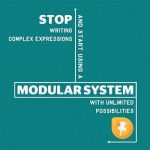 How to Create Slope Reduction for Paths Procedurally in Houdini

How to Setup Gradual Destruction with the Bullet SOP

Work With Curl Noise in Houdini to Animate Lines