A Metalness-Roughness Approach to Shader Building in Houdini

Rohan Dalvi Covers the Advantages of Using a Metalness-Roughness Approach to shader building Over Specular Glossiness.

I guess you can break down shading and rendering workflows into two basic camps. One is the specular and glossiness camp, with the other being the metalness-roughness approach. Both have their positive attributes, and one might even be considered more modern than the other. There are some reasons why you would want to use metalness-roughness over specular-gloss methods.

Houdini artist and trainer Rohan Davli offers a look into general shader building in SideFX Houdini, with a dive into how the metalness-roughness approach to shader building works. Rohan also discusses its advantages over the specular-gloss approach. 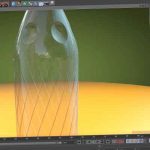 Easily Slim Down the Polys on Those Volume Builder Models Previous
Use an Expression to Create Flickering Lights in a Maya... Next 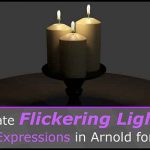 Have a Look at Houdini 16’s New Shading Features

How to Modify Houdini’s Principled Shader to Detect Alphas

Add Extra Grunge With a Curvature VOP in Houdini