Animating With Create Nulls from Path in Ae

Evan Abrams Shows How to Rig Up Elements Using Create Nulls from Path in Ae.

One feature in recent versions of After Effects that has made life easier for everyone is the Create Nulls from Path script. The handy tool lets you attach nulls to anchor points at the click of a button. Rigging a path like this is helpful for a lot of different things, but Evan Abrams shows how you can use it to easily animate a string of lights.

“Create Nulls from paths is a powerful script that comes with After Effects and can give you access to the locations of points in 2d space, and any point and tangent on that path,” Abrams says. “It was a long requested feature, and this has been a long overdue tutorial.”

As helpful as the Nulls script is, Jakob Wagner extended it with some more features and some extra controls. The Added button lets you “reverse engineer” a path from a selection of nulls. 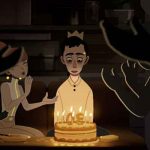 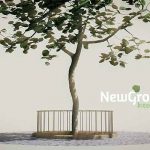