How to Wipe Type With a Liquid Effect in After Effects

Noble Kreative shows how to reveal or wipe elements in After Effects using a fluid hand-drawn liquid effect.

Check out this After Effects tutorial from Noble Kreative’s Najib Khayati, who shows how to create a reveal with a liquid effect. The effect is a fluid way to write-on type and other things in the scene, and it looks like it could be a hand-drawn thing, but it’s not. The effect is built using only Ae standard effects.

Khayati shows how to use Vegas, Minimax, Fill and the Matte Choker effects to get a hand-crafted look to the animated reveal. This type of write-on effect is one that gets revisited by tutorial authors once and a while. Most recently WorkBench’s Joe Clay showed how to create a Procedural Liquid Write-On Effect – Check that one out here. 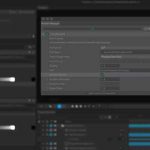 Cavalry Has Dynamic Rendering, Here is How it Works Previous
How to Create a Double-Sided Material in Blender Next 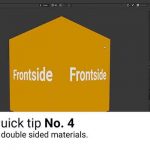 How to Create Shape-Driven Isometric Animation in After Effects

Designing and Animating With Stroke Path in After Effects

How to Easily Fake 3D Animation in After Effects