Academic Phoenix Plus shows how to create a simple procedural shader that will let you animate a disappearing effect.

Monica from Academic Phoenix Plus shows how to create a neat disappearing effect using Arnold nodes in Maya’s hyperShade. The shader is a simple one that uses an aiRange and an aiNoise node both going into the opacity channel of a standard surface.

The tutorial also covers creating the attributes for the shader so that the object looks like it’s a golden color. Procedural textures will drive the disappearing effect using only a few keyframes. Although the premise seems simple, the effect is the basis for a lot of other more complex effects. Take, for instance, creating a burning piece of paper. 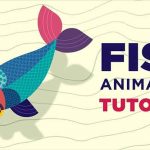 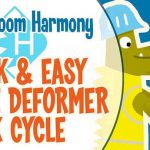 How to Split Blend Shape Targets by Skin Cluster Weights

How to Simulate Cloth With Bifrost MPM

How to Create a Realistic Cloth Tear Sim in Maya

Mischa Kolbe Shows How to Get Continuous Integration for Maya Scripts