We’ve all seen the grip-style raised diamond pattern on tools and other items that have a grip. It’s called knurling, and building that kind of design in 3D is not tricky, but it does involve some thought. Watch one of Maxon’s in-house artists, Glen Johnson, as he makes knurling in Cinema 4D using bevel and unexpectedly, the Mesh Checker. “results can be sometimes achieved by using cinema 4d polygon modeling tools in a slightly different way than what they were designed for,” Johnson says.

The Mesh Check in C4D is a tool designed to manage high density scanned assets for 3D printing, but Johnson uses it for general modeling and making selections. As with everything in 3D, there is more than one technique to achieve the same result. Check out one of Shane Benson’s Sub-D modeling series that shows how to create similar knurling, using different methods. 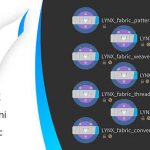 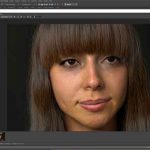 Model and Animate a Tiny Forklift With Cinema 4D