How to Create a Tunnel Effect in After Effects

Noble Kreative shows how to create an outline tunnel effect in Ae using only standard tools.

Najib Khayati dives in with a new After Effects tutorial that shows how to create a neat-looking outlined animation effect in After Effects. We’ve all seen the animated effect that looks like a camera moving through a tunnel. It’s a dynamic move that we often see as a smart way to create a transition between two scenes. In this case, Khayati is using it as a logo reveal.

The animated outline tunnel in the video uses only standard After Effects tools, like the Vegas effect of creating the repetitive instances of the source element. Khayati uses a free script called KeySmith to help with the animation of the tunnel scene. 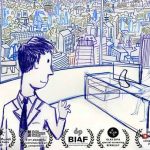 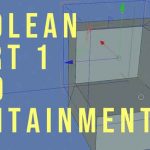 Working With Tapered Strokes in Ae

How to Apply Random Values Without the Animation in After Effects

How to Control Crazy Patterns With Time Displacement in Ae

How to Create the Look of a Brushstroke in After Effects