Crunchy Creatives releases a new physics plugin for After Effects that is easy to use and offers tight integration with Ae.

If you work in After Effects, you don’t have many choices for creating 2D physics simulations. Some smaller scripts offer a way to add spring and sway, but there is only one other contender that offers a complete simulation environment within After Effects, and that is Newton —That is, until now. A new plugin by Jakob Wagner called Physics Now, looks to be much easier to use, and offers much tighter integration with After Effects.

“I call it “integrated” because it works almost like any other feature you already know in AE. Simply tag a layer as static or dynamic. Make changes to the properties in the effects controls panel. Animate properties on your timeline and preview the simulation inside AE,” Wagner says.

Physics Now! lets you work with simulations right within After Effects, but it works as if it were a bundled feature rather than a third-party extension. Just tag a layer as dynamic or static. Then hit simulate and watch your simulation playback on your After Effects timeline.

“Working with the plugin is a real joy. It very quickly falls into your normal workflow. I really think it feels more like a new feature than a plugin.” Wagner adds. “Being a professional motion designer myself, I care a lot about workflows. And Physics Now! is just one more step to make After Effects a bit more procedural. It’s my intention to continue on that path and see how far I can take it.”

The plugin, offered by Crunchy Creatives regularly sells for $129, but you can get a special introductory price of $96 until May 7, 2019. Download a trial version to tinker around with or learn more here. 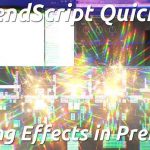 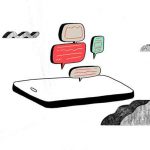