Working With Arnold GPU to Create a realistic Eye Shader

The Arnold team have unleashed a public beta of the Arnold GPU renderer. One of the key features is that the GPU renderer’s fidelity is incredibly similar to rendering on the CPU. It is nearly impossible to tell the difference between a GPU and a CPU render by looking at the images. That makes Arnold on the GPU great for doing look development on projects. If you want to see an example of this, check out Arvid Schneider’s latest that shows how to set up a realistic eye shader while working with Arnold GPU.

The highly-anticipated release of Arnold on GPU provides artists with the first taste of GPU rendering for a set number of features. It gives people the flexibility to choose between rendering on the CPU or GPU without changing the look or without changing renderers — Arnold on the GPU arbitrary shading networks, SSS, hair, atmospherics, instancing, and procedurals. 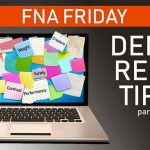 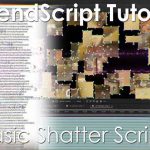